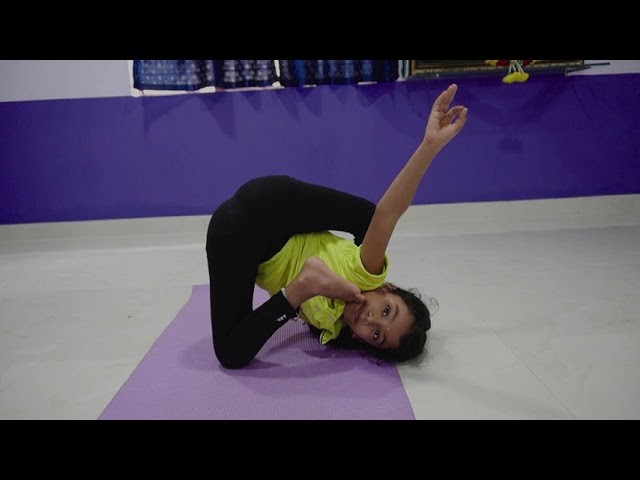 Through yoga give your children good health
Instead of giving assets as wealth
Because if you have good health you can earn good wealth.
here is Advanced Yoga Demonstration by Pranathi Guru is Sri N.Sheshagiri
Sri.N.SHESHAGIRI is a renowned Yoga teacher who has taught yoga to many celebrities and VIPs of India and also of USA, Europe, Africa and France. Sri N.SHESHAGIRI is an eminent consultant in yoga and alternate medicine.

He is a recipient of  Gold Medal from Government of India for topping the oral and written exam which is conducted for Yoga Teachers of India. He has received “Award 2014” from the Government of Karnataka for his contribution in the field of yoga.
He has received “India Brand Icon Award 2020 “at Mumbai. The speech delivered by him at the event was telecast in a number of tv channels like CNN, INDIA TODAY, IBN7, NEWS INDIA. Various television channels have telecast a number of his programmes on yoga.

Akash Audio (A famous recording company) has produced and released 8  DVDs worldwide in Kannada and English. These DVDs deal with different yoga postures that need to be practised for specific ailments.

He has been conducting yoga classes since 27 years (10 batches per day ).  He has an experience of 37 years in yoga and many people look up to him for advice and guidance